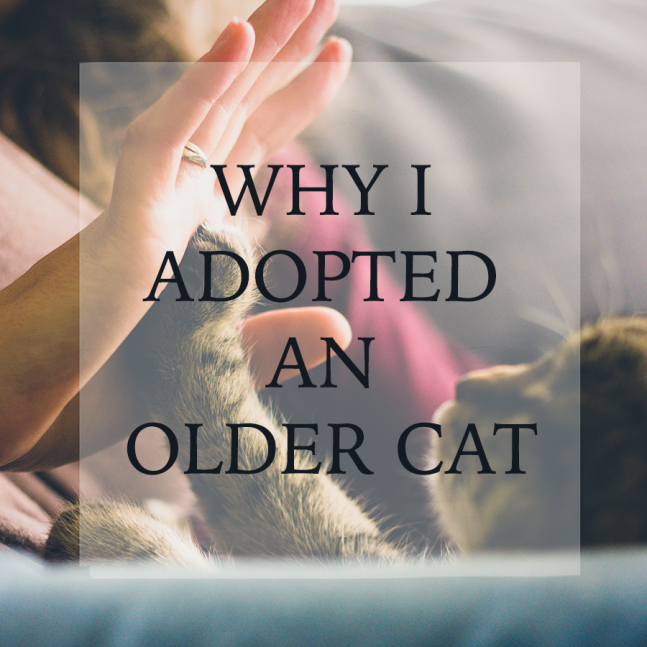 This was originally posted on July 2016.

As I sit at my desk ready to type this piece for you, Tira is sleeping soundly on the floor next to my chair, soaking up her beloved sun.
She’s a pain in the butt, but she’s my pain in the butt.

Six years ago, my beloved, anti-social, skittish manx, Jasmin, was severely injured. It was violent, and still makes me feel sick and upset to think about to this day. She was in great health otherwise, so she could have undergone surgery, but I was unemployed at the time and couldn’t afford her surgery, so I had to put her down. The love I had for her was something I had for nothing else before. The condition she was in, then the guilt of putting her down screwed me up for a long, long time. I couldn’t even bare the thought of going through that loss again, so getting another cat wasn’t an option; we had three cats anyway. I was extremely content being the cuddler/food provider of our family cats.

Fast forward to December 2015. My sister and I had moved into our new apartment. Although we had been slowly settling in over the first few weeks and making it our own, I was really finding it hard to relax. I was constantly anxious I was going to mark or break something and ruin our chance of getting our bond back. Almost all of my belongings were around me but it just didn’t feel right. It wasn’t my home. My sister’s cat, Helga, a Singaporean, slinky weirdo (I called her Lizard Queen) was calming down faster than I was.
Since we were in a complex where cats were allowed and we now had the room, I started playing with the idea of getting a cat. I didn’t realise that my sister and parents were already considering getting me a cat – a therapy cat of sorts (something I didn’t know at the time was that my parents were actually going to adopt Tira, having already seen her on Facebook!). My sister and mum love looking at the Animal Welfare League’s Facebook page and website, whereas I can’t because, honestly, if I had the room and money I would buy all of the animals I could and since I can’t do that, I feel horrible looking at the beautiful animals I can’t give a forever home to. You gotta understand that, right?

Anyway, December every year, the AWL has a weekend where they try to clear out all of their enclosures by having a sale on all of the animals, hoping that all of them can find their forever home in time for Christmas. I was .. hesitant, but curious. I’d go for a look, and if I didn’t find The One, it’s okay.. if I did, then great.
So we hopped in the car before midday and found our way to the AWL’s main centre on the Gold Coast. It was packed with people, which was great to see. We weaved our way through the cat area, bypassing the kittens for older cats. No offence to kittens- I love kittens! However we had a new place and having fostered multiple kittens before, I didn’t want that responsibility – and everyone is there for kittens, so I knew they would all go to families. No, I wanted a grown-up cat and if that cat was 20, I was ready and willing to take him or her. I had the nice, quiet space for them to relax and go about their business, the patience, the time and an area on the couch if they wanted to cuddle up to me.

I found some black, neurotic ones I was used to that reminded me of Jasmin. A lot of them were already in the process of going to their new home, and as I was getting closer to the end of the cat area I was okay with the possibility I might not find The One.

There she was though, amongst a crowd of people cooing over a kitten and her, an older, big-eyed cat. This cat was mushing (not quite kneading, you know what I’m talking about) the hell out of the blanket she was on, happy at the rockstar attention she was getting. I managed to get through the crowd and I saw her, and she saw me.

Her name was Tira, a tortoise-shell tabby, listed as a “Golden Oldie” at an estimated 12 years old. She had only been transferred from another facility and plenty of people were already considering taking her home.

I managed to get into the room and pet her. Her eyes were big and green, with the most intense, but warm stare. She was mushing that blanket to no end. I managed to get a few minutes of alone time with her before others came in wanting to pet her. She was a full-on rockstar. I slipped away and went to find my sister, insisting she had to come and see this cat. My sister fell for her big, Puss In Boots eyes as well. What the hell was this cat doing to all of us?

Five minutes later, I was telling one of the volunteers that she’s coming home with me, disappointing a couple who was standing right behind me ready to also make that decision. We were congratulated and told a bit more about her; they estimated her age around 12 during her vet check that morning, previously she was estimated at 8 but weren’t exactly sure because of her mild tooth trouble, history of cat flu and her very flabby belly (when my sister and I saw it for the first time we chuckled because we were so surprised, it was nearly to the floor), and she had a bit of a sore back, but could walk and jump just fine. I was okay with all of that because I had prepared for some of the health issues that come with getting an older cat. We all get wear and tear. I signed her papers and before long, we were driving back with a very content and quiet Tira.

The first few days were a challenge. Helga, a cat that does not like other cats/people/things, was warming up to her in the first few minutes of arrival but we stupidly got ahead of ourselves and stopped taking the introduction slowly. Helga took one big whack at Tira and still to this day, Tira hasn’t forgiven her for that. The cute mushing wasn’t fun against bare skin and some of the finer fabrics around weren’t so fine anymore. She was already taking a liking to me – which was great – however it led to a more annoying habit… meowing at all times of the night.

I never liked cats sleeping in bed with me only because I’m a light sleeper and our former cats snored and wanted to sleep right against me. I don’t like being touched as I slept. We tried it one night and I couldn’t sleep because Tira was adamant of sleeping in between my legs, which felt like my hips were dislocating. Along with her getting accustomed to the stairs and jumping onto my bed, I had to help her up onto higher areas.
I was definitely feeling the adjustment pains more than her.
The second night I kept her downstairs on the couch with a soft blankie.
Howling. All times of the night.

She hated the quiet and being by herself. Great. I’ve never had an animal that had any sort of abandonment or dependability issues. My dogs flopped at my door and guarded it. The other cats did the same, and Jasmin only started sitting in my lap the months up to her passing, so I’m used to animals that like my company but don’t need me.
Something else that also started to make itself known was that she was severely abused. She would hiss at heavier shoes or some certain touches or sounds, but immediately after hissing would nuzzle your hand and roll onto her back for you. She was terrified of our step-dad or any man that came to the house. If I raised my voice slightly to talk to my sister upstairs she would hiss and growl. It was constant.
I wasn’t getting any sleep and was seriously doubting if I could look after Tira. I thought I wasn’t patient and understanding enough, yet I only had her for a week and didn’t want to be one of those people to send her back to AWL for lack of trying.
It was coming up to the deadline to send her back for a refund. I was feeling guilty and wondering if I made the right choice not only for me but for this animal.

Then it just hit me. I have made the right choice for her, I just had to put my money where my mouth is and actually keep on persevering. I still had the time and space, I just had to bring some more work to the party.

Fast forward to now, eight months later. Tira and Helga ‘share’ the sun coming into my study, although they still grumble at each other. Tira ‘meowhowls’ a couple of times in the night or day when I’m upstairs, but promptly stops. She’s stopped her constant mushing (although she absolutely loves humping all of our soft blankets) and she loves watching you eat- especially if it’s cereal with leftover milk. She’s comfortable with me out and about and when we’re home; following me like a shadow for our afternoon and night-time tv viewings downstairs on the couch. She will even let me touch her flabby belly, knowing I won’t hurt her. When she hisses and bites or whacks my hand with her super-fast reflexes, I just keep my tone soft and continue petting her, letting her know we don’t do those things but also communicating that she doesn’t have to be afraid. 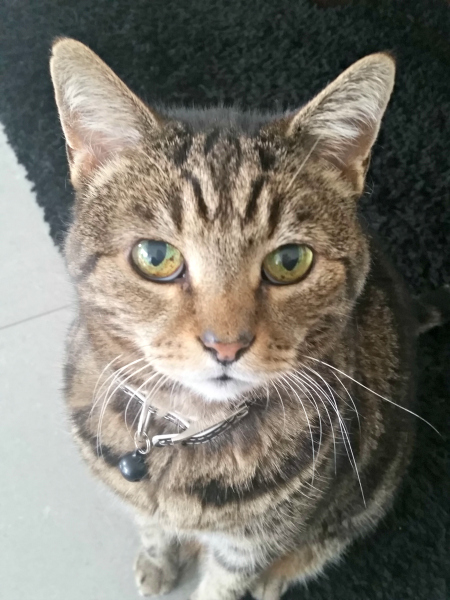 The thing I really love about having an older cat is that, even though she has a mysterious and possibly traumatic past, she is out of that crazy, destructive kitten phase. Tira is very chilled for the most part and older cats are happy to do their own thing but do love coming to you for cuddles if you’re around and have a little time. Kittens are a lot of work to toilet train, discipline and give attention to; it’s a lot for a home without children or someone to be home to care for them. Plus, older cats are just as cute and can be playful! Tira has a squishy ball she still likes paffing and running after, so don’t exclude them on your search for a furry family member.

I can’t imagine giving her away now, not even for a minute. Whether she’s really 8  or 18 doesn’t matter, she’s home and she will be with me until it’s time for her to pass on. I don’t know if I’ve taught her anything besides how awesome cheese is, but she’s taught me I’m usually not as patient as I think I am, and that when I’m determined enough, I can do anything, big or small.

Now I just need her to like having her nails clipped.. 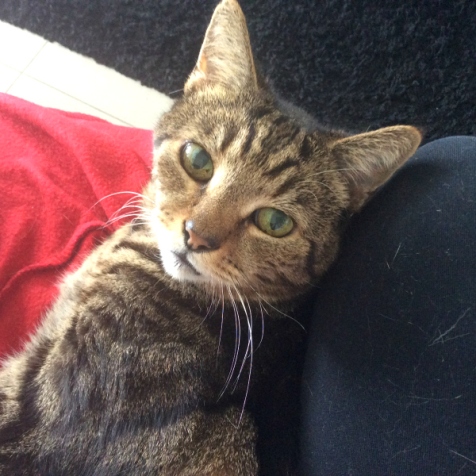 Tips On Caring For An Older Cat

To see the amazing events at the Animal Welfare League, keep up with them on their Facebook page! If you want like to be a real rockstar and volunteer or donate to this absolutely wonderful organisation, check out their webpage! 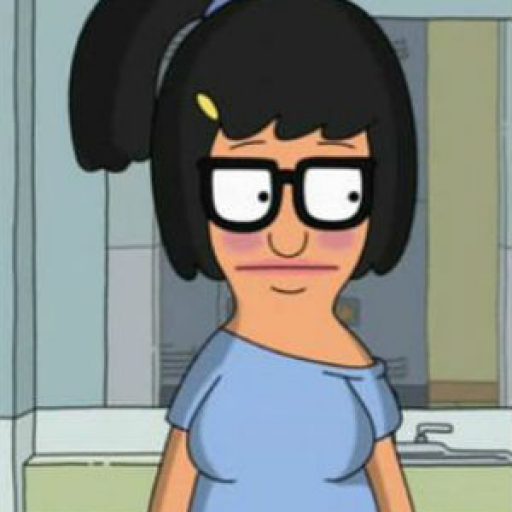 A 30-year-old girl/woman/nerd that has been diagnosed with everything under the sun, except the one she needs.